What is Eating Disorder Counselling?

The National Health Service (NHS) tells us that there is a huge range of eating disorders ranging from anorexia nervousa to bulimia nervousa. As a whole, eating disorders are believed to be directly responsible for more loss of life than any other mental health condition due to their dangerous physical symptoms. According to the National Institute for Health and Care Excellence (NICE), approximately 700,000 people in the UK have an eating disorder. This is why eating disorder counselling is becoming increasingly sought-after.

Despite common beliefs, an eating disorder isn’t the same as fussy eating, greediness, lack of control or a diet that has turned bad. It is far more complex than that. Many people have different relationships with food, this however does not automatically mean that they have an eating disorder.

The Indicators Of An Eating Disorder

It can be difficult to spot the warning signs of an eating disorder especially due to false information. Some people believe that only those who appear to be extremely underweight can have eating disorders. However, according to the NHS, this is not the case. Weight loss is a side effect of the disorder itself and is not the only factor that will lead to a diagnosis.

What Can Cause an Eating Disorder?

There are many different factors that can lead to the development of an eating disorder. However, the NHS makes clear that there is never just one cause that leads to a person developing an eating disorder. A person may develop an eating disorder due to a sense of worthlessness. Thought processes that involve not being good enough unless they are skinny and losing weight are quite common.

Eating disorders often surface when a person feels out of control in their own life. Controlling the amount that they eat and their weight can make them feel more secure. The need for a person to feel in control when they are feeling out of control may cause an eating disorder to develop.

The portrayal of beauty in the media, unfortunately, leaves many people who already have low self-esteem issues vulnerable to developing eating disorders. Contrary to popular belief, the media can not be the singular cause of the development of an eating disorder. But it can seriously negatively impact those who have a preexisting eating disorder or are experiencing some of the other causes.

There are different types of counselling for eating disorders to best suit each individual. Statistically speaking Cognitive Behavioural Therapy (CBT) is one of the most effective treatments for an eating disorder. This type of therapy makes us look at how our thoughts influence our feelings and actions.

Once the negative and unhelpful thought patterns that cause unnecessary distress have been identified we can work on replacing them with positive thoughts. These positive thoughts will lead to an improvement in both mood and action causing the development of positive behaviours.

If you are struggling with an eating disorder or know someone that is then get in contact with us today. 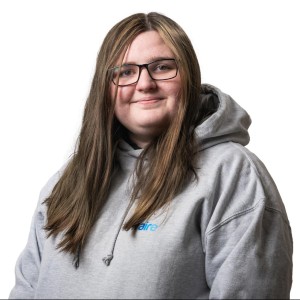 How To Manage Your Anxiety

Anxiety affects everyone, it can happen anytime and anywhere. It is a very normal and necessary response to certain events. Anxiety, the condition, isn’t caused by a single factor and isn’t developed over time, it’s often caused by multiple factors such as personality factors, life experiences and health. When an anxiety attack happens it can be hard to deal with, The Benefits of Therapy for Children

The National Health Institute (NHS) tells us that mental health conditions do not only affect adults, children can develop them too. However, developmental age can affect how a person responds to therapy. This is why people have developed therapies for children which have proven to often be more effective for young people. At The British CBT & Counselling, we offer Attending Zoom therapy is just as effective as face to face sessions. But for some people, participating in therapy from the comfort and privacy of their own home can make all the difference. For many people, trying to find the time to meet a therapist face to face may cause them additional stress. This may end up negatively impacting their

How To Manage Your Anxiety

The Benefits of Therapy for Children